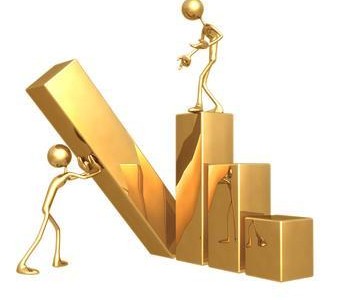 » All, Commodities, Investing » Should you start investing in gold this...

gold, investing, investment, where to invest

Should you start investing in gold this new year?

on December 19 | in All, Commodities, Investing | by Guilherme Neto | with No Comments

Should You Start Investing In Gold This New Year?

According to trading experts, proceed with caution

In this day and age, investors are more careful on where they put their hard earned money and for good reason. There may be some people who have profited from the stock or futures market, but there are also those who almost made it, like William Flynn.

Two decades ago, no one would’ve guessed that the stock market and the US dollar would take a nosedive. Although the lesson was learned the hard way, more and more investors are now becoming more aware on how they can keep their losses at a bare minimum. Even gold, which used to be considered as a “safe haven” for many investors, has seen a lot of low points this year. In fact, November 2013 was the worst in 35 years for the much coveted metal. Senior analyst and trader Erwin Lubbers feels that gold’s poor performance this year was due to the “slow but gradual recovery of the economy worldwide.”

As 2013 comes to a close, there are some who are still adamant on investing in gold, but many remain hopeful. In a podcast interview with Geoff Candy’s Gold Weekly, Bullion Vault Head of Research Adrian Ash shed some light on the issue about gold’s tapering in 2014. “The Federal Reserve bottled it in September. They teed up the markets for the best part of six months that tapering was coming in September, they bottled it then no doubt because of what was coming down the pike from the debt ceiling row and the government shutdown and obviously were anxious not to be seen to be tightening liquidity going into that. We have a repeat of that event coming in early 2014 and they’re going to be cautious of that,” Ash explains.

Bloomberg, on the other hand, is unsure if 2014 is the year for gold investments. Based on an article on Bloomberg, “Gold, iron ore, soybeans and copper will probably drop at least 15 percent next year as commodities face increased downside risks even as economic growth in the U.S. accelerates, according to Goldman Sachs Group Inc.”

Risk is something that is unavoidable when it comes to trading. And sometimes, even experienced investors are willing to take the risk if the ROI is quite astounding. While many would advise novice investors not to catch a falling knife, sometimes it pays to get your hands a bit bloody to reap in mounds.

« Where do the world biggest investors invest? The top 10 most profitable Hollywood stars in 2013 »